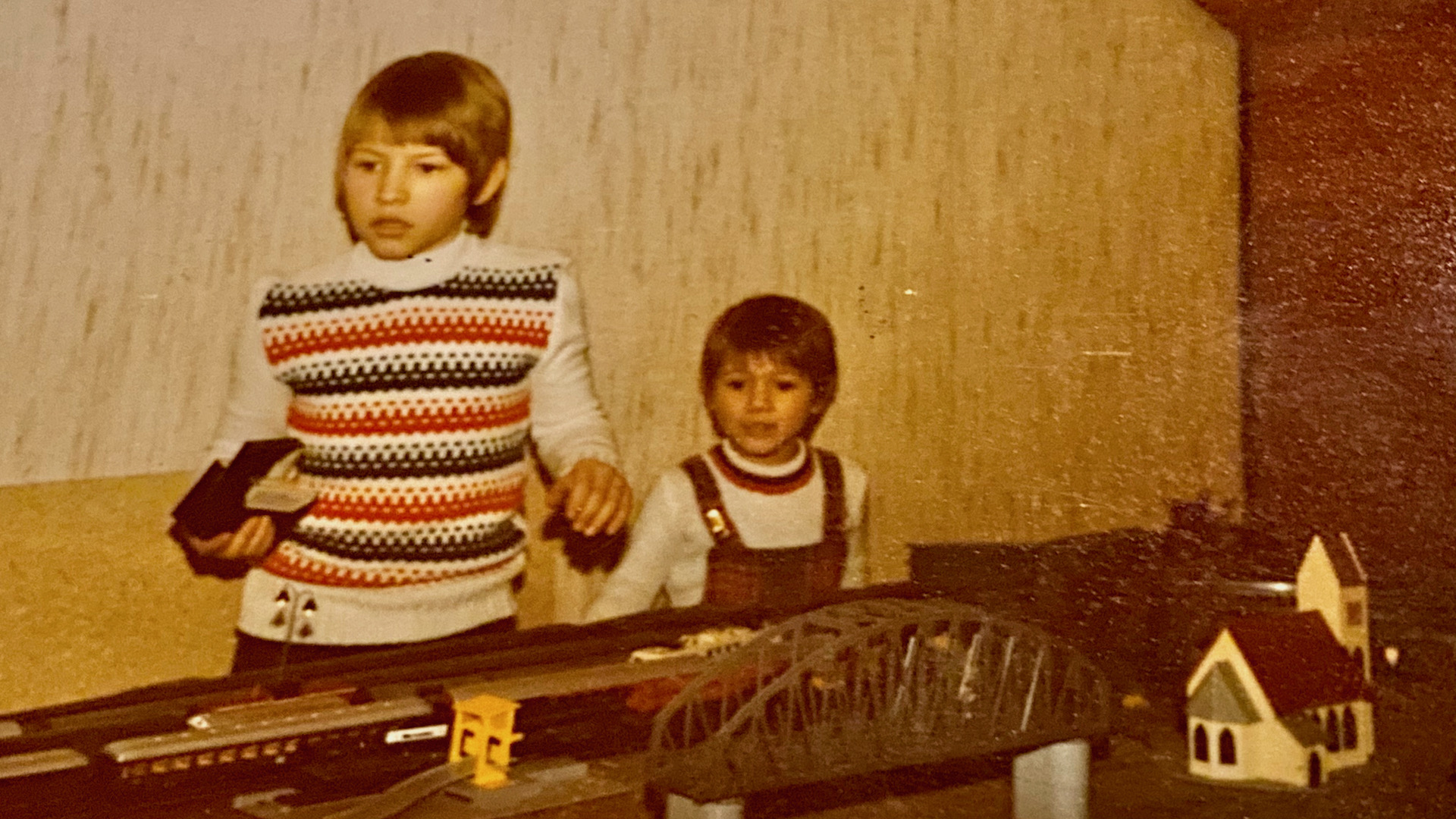 
This site doesn't support Internet Explorer. Please use a modern browser like Chrome, Firefox or Edge.

But the truth is: It was Christmas 1979. The two little Schulz brothers found a model railroad and some model trains under the Christmas Tree. Played around and forgot it in the attic...

About 40 years later, during corona, the idea came to rebuild it. But there was no place so the crazy idea of Miniature Landscaping under the pool table was born.They just had to switch to some more modern technologies.

So as you think, everything had to be changed digital to start this gorgeous Pool Table Diorama. Now RC Cars, Boats and Houses are following early 2022. All H0 1:87 Scale.

Peter (IT Systems and Mr. Organize) is the hero for all technical stuff.
Andi is a Tattooartist and former Airbrush Designer (tattooline.de).

If you like this project, some words would be great! Find our social platforms to connect with PMR in the bottom. Thanks for your Feedback :)

Take it easy... and don´t forget to click the blue button 👀